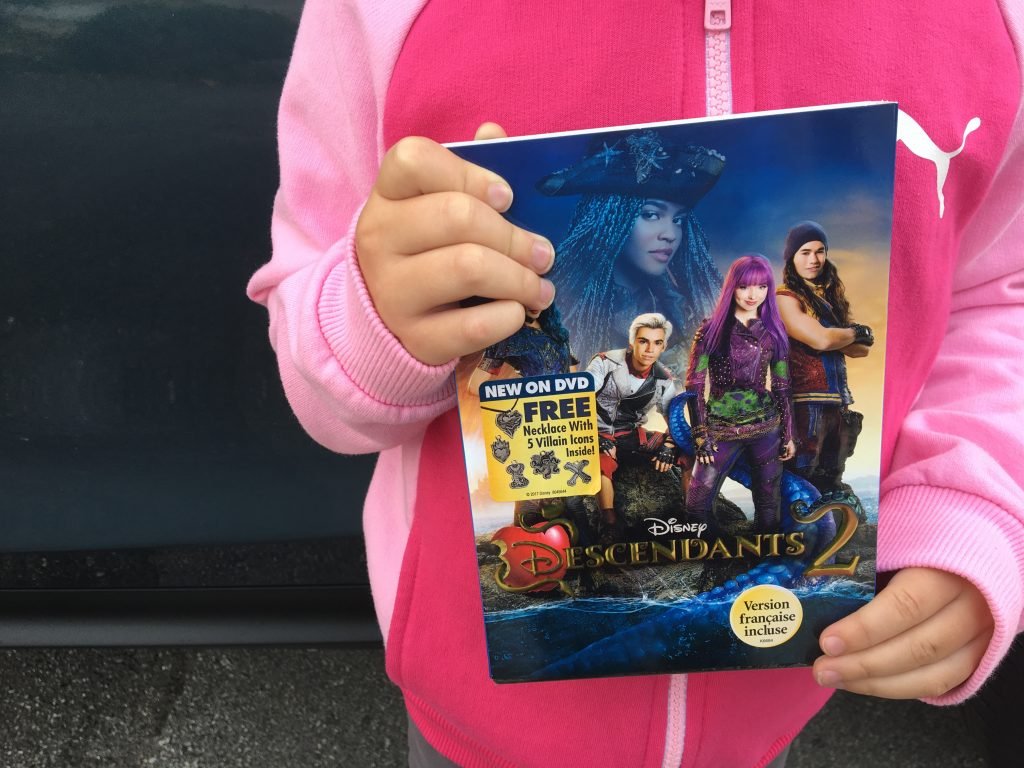 If you know me, you know that I’m a bit of a long time Disney fan and have quite the collection going at home. I have my faves from when I was growing up that I now share with Alivia but most recently I was introduced to a new way to expand my love for Disney!

You see, we don’t have cable so I’m a bit out of the loop on kids shows that aren’t immediately on Alivia’s streaming list. When I was introduced to Descendants at one of her friends houses I was intrigued. It seems like a natural story development for some of my favourite characters to grow up and have kids of their own! 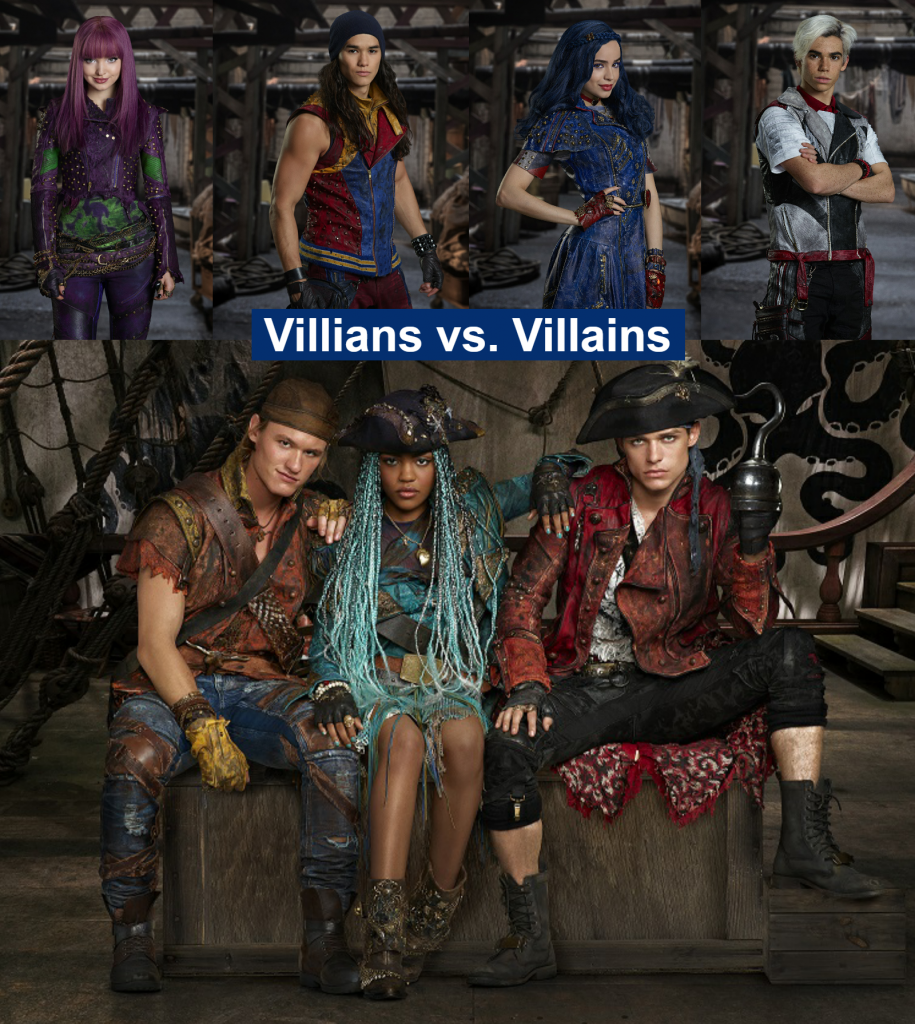 The story deepens in the music-driven sequel to the global smash hit “Descendants,” as the teenage sons and daughters of Disney’s most infamous villains — Mal, Evie, Carlos and Jay (also known as Villain Kids or VKs) — try to find their place in idyllic Auradon.

When the pressure to be royally perfect becomes too much for Mal, she returns to her rotten roots on the Isle of the Lost where her archenemy Uma, the daughter of Ursula, has taken her spot as self-proclaimed queen of the run-down town.  Uma, still resentful over not being selected by Ben to go to Auradon Prep with the other Villain Kids, stirs her pirate gang including Captain Hook’s son Harry and Gaston’s son Gil, to break the barrier between the Isle of the Lost and Auradon, and unleash all the villains imprisoned on the Isle, once and for all.

There’s no shortage of action in this much anticipated sequel and the music is enough to get just about everyone up off the couch and dancing, get ready to dance to hits like “Chillin like a Villian” and “You and Me” from this movie score! Alivia loved that she recognized many of the famous parents mentioned – from Gaston (we just saw Beauty & The Beast!) and Ursula (The Little Mermaid is her fave!) and many others, it was a unique experience for Alivia to connect with the “kids” behind many of her favourite big Disney characters. This isn’t your typical Disney tale of princess and fairytales though, this is a Villians vs Villians game with lots of sneaky tricks!

My favourite was definitely the introduction of Uma, the daughter of the sea witch Ursula. She’s the main one to keep an eye on in this sequel, she might have a penchant for causing a little bit of havoc when things don’t go her way! It might seem weird to see the sea witches daughter with legs, but keep an eye out for something special that will make it very clear – very quickly – who her mom is!

There’s no shortage of adventure in Descendants 2, with the introduction of a few new characters and more in depth story lines for existing characters. And like most Disney flicks, there is always a happy ending with Mal discovering she doesn’t have to change for anyone and can just be herself.

No rest for the wicked! The saga continues in the sequel to the smash hit Descendants as Mal, Evie, Carlos and Jay struggle to find their happily ever after in Auradon.

You may have already seen Descendants 2 when it debuted on TV, but this is your chance to win your very own copy! Disney Studios Canada has generously given us a copy to share with one lucky reader. Enter below!

{Thank you to Disney Studios Canada for providing this DVD for our review and for sponsoring our giveaway! All opinions are our own.}