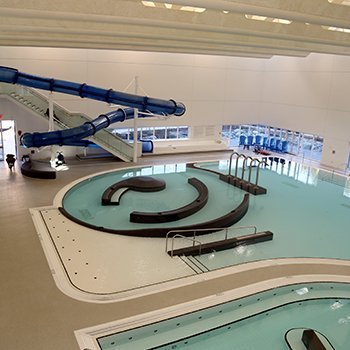 Fiddler On The Roof is finally here in Vancouver, and from January 17th – 22nd you can catch it too! One of the greatest musicals ever made, it has been a classic for years and this cast blows it out of the water. And they have to with such a short visit here in Vancouver you can tell these artists are giving it their all at the performance, even dedicating the show at the end of the evening to the Ukrainian people and the struggles their people are currently facing.

This well-known theatrical masterpiece by Tony Award winner Joseph Stein and Pulitzer Prize winners Jerry Bock and Sheldon Harnick is directed by Tony Award®-winning director Bartlett Sher and the creative team behind South Pacific, The King and I, and 2017 Tony Award-winning Best Play Oslo with a new and genuine vision.

Ten Tony Awards were given to the original production, including a special Tony for being the longest-running Broadway musical ever. You’ll be there first thing in the morning to see this brand-new production, which features breathtaking dance and movement by renowned Israeli choreographer Hofesh Shechter and is based on Jerome Robbins’ original staging. This endearing tale of fathers and daughters, husbands and wives, and the timeless customs that define faith and family are told by a wonderful cast and a lavish orchestra.

Fiddler on the Roof will introduce a new generation to this uplifting celebration that raises its cup to joy, featuring the Broadway classics “Tradition,” “If I Were a Rich Man,” “Sunrise, Sunset,” “Matchmaker, Matchmaker,” and “To Life.” all classics we have heard growing up even without knowing it was a part of the famous musical.

What Is Fiddler On The Roof About?

Russia is a nation on the verge of revolution at the turn of the 20th century. Tevye the Milkman and his five daughters, and the lives they choose to lead, are affected by the chaos, despite the fact that his isolated family seems to be spared most of the woes of the outside world. When the widowed and old butcher Lazar Wolf shows interest in Tzeitel while she pines for the poor tailor Motel, it begins a story of rebellion, violence, love, and acceptance that finds Tevye and the family learning to leave their old lives behind and start a new one full of hope and laughter!

It is an incredibly touching story that is appropriate for anyone 8+ and runs 2 hours and 45 minutes with one intermission of 15 minutes. If you drink or want snacks for intermission take advantage of their “order ahead” system so you can avoid a line during that precious time at intermission.

Tell Us About The Cast!

Opening night had incredible talent all throughout and I couldn’t get enough. From singing to dancing the whole cast left you completely awestruck. You are laughing and crying with the whole cast and everyone in the audience. It was a true treat and the perfect way to spend a date night, or night out with friends.

Jonathan Hashmonay as Tevye was phenomenal, he makes you laugh so well and his timing is just perfect with all things. I adored him as Tevye and his voice was perfect. I can’t say enough good things about his performance and I hope to see him again.

Randa Meierhenry as Tzeitel blew me away with her gorgeous singing voice along with GraceAnn Kontak as Hodel and Yarden Barr as Chava. Each of them brought so much emotion to their roles it was so inspiring. GraceAnn was particularly engaging, having the most controversial relationship with her family.

The set design was so well done, simple and elaborate all at the same time. They do such a wonderful job of transporting you into their little village, into their lives, and to share a meal at their table. The display of family togetherness was just perfection, especially when they meet hard times and are forced from their home. Your heartstrings are pulled in every which direction, leaving you leaning in for more at every scene.

As the cast said at the end of the show Fiddler on the Roof is becoming a more and more relevant story today. With wars breaking out all over and families being displaced much in the same way. This is why I found the dedication to the Ukrainian people an especially beautiful addition to the show. To life, to love, to family this show has something in it everyone can relate to regardless of background.

If you are hoping to catch this amazing, albeit short-stay show, you’ll want to jump on the chance to grab your tickets soon as it’s only here until January 22/23! Grab your tickets, plus find more information here: www.vancouver-theatre.com

If you love the theatre, you won’t want to miss this!

{Thank you to Broadway Across Canada for providing tickets to this show to facilitate a review. All opinions are our own}