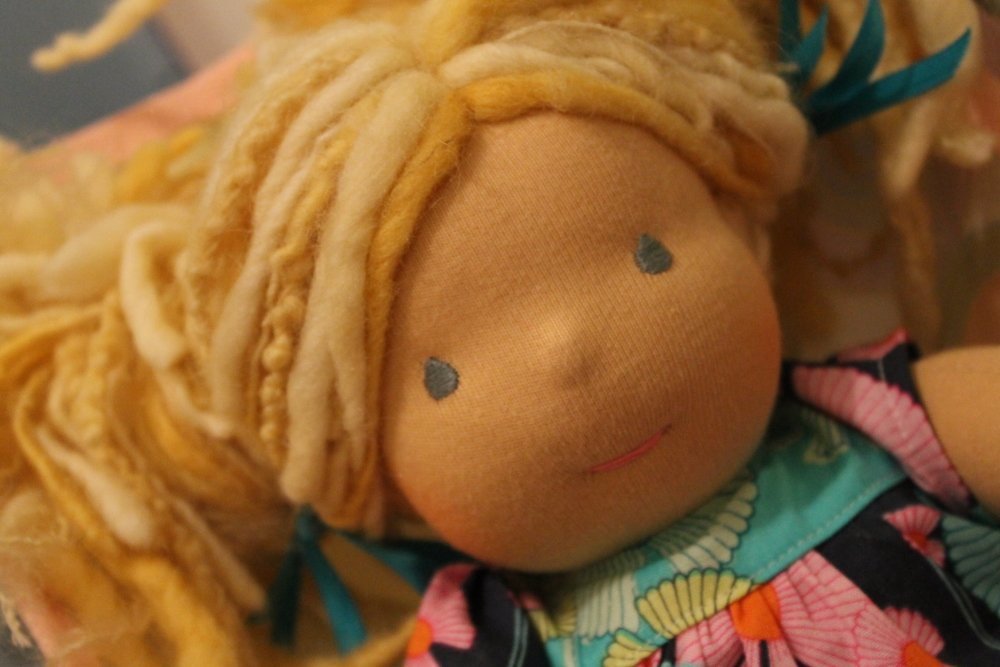 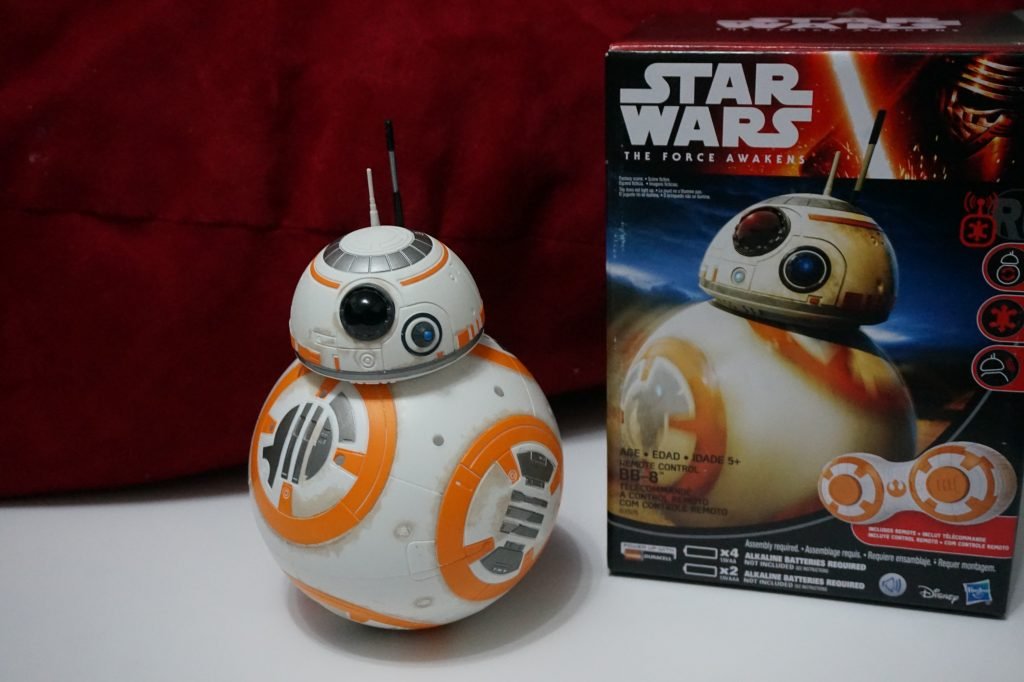 When we watched Star Wars the Force Awakens, we couldn’t help but fall in love with the new spunky spherical droid, BB-8. WE still have much love and deep affection for C-3PO and R2-D2, but there’s something about little BB-8 and the way he moves with his bobbing little head that is actually pretty endearing. When the Star Wars The Force Awakens RC BB-8 was released by Hasbro,  it was instantly a hot, and hard to find, toy on many wish lists. I had no doubts at all that it was on my family’s wish list too after our family movie night!

Little BB-8 does require some assembly…and batteries (6xAA), but it is totally worth it once you see the Star Wars The Force Awakens RC BB-8 roll around the house in his signature style. His head is held on magnetically and allows for movement in any direction this little droid’s ‘eye’ is facing and works on carpet as well as hardwood. 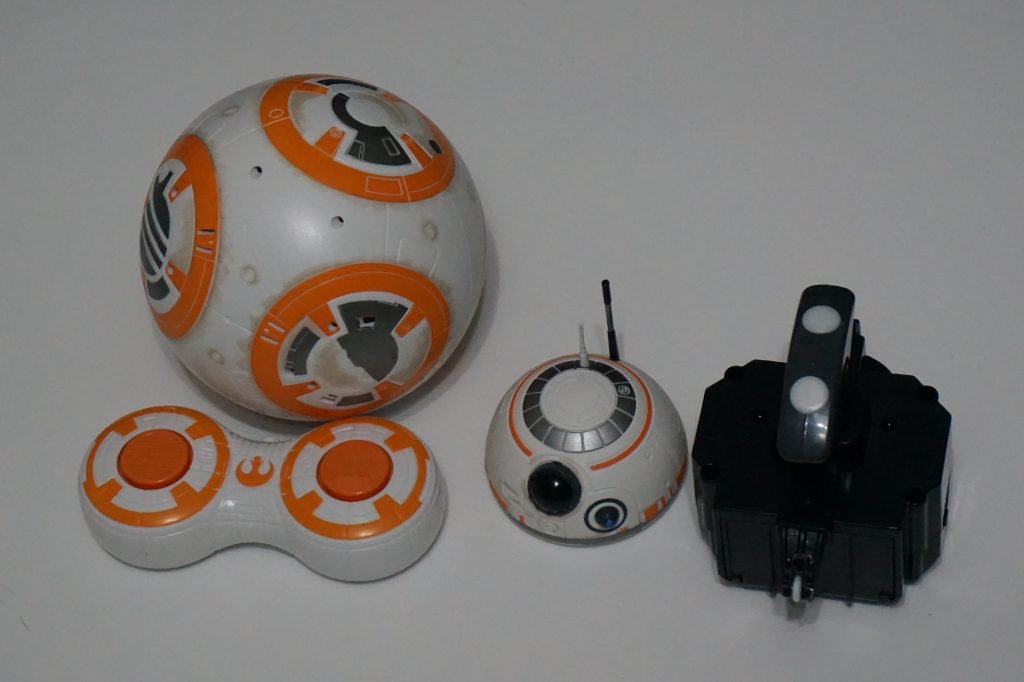 A lot of care and attention went into the details, making this little droid look like he rolled right off of the movie set! He’s still pretty lovable, even in his dirty tiny form… 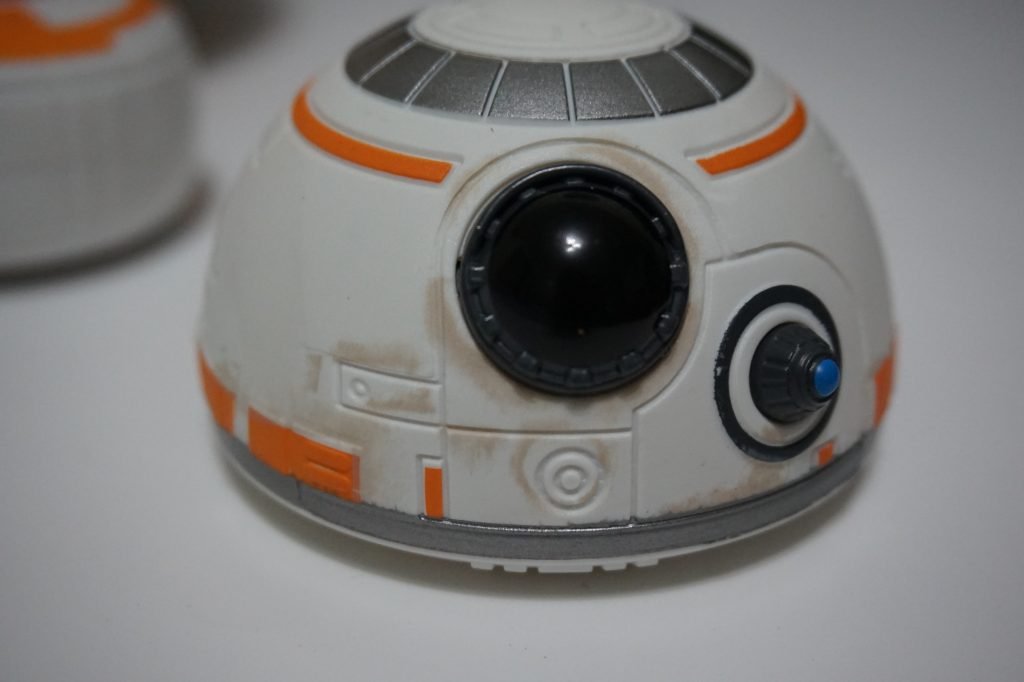 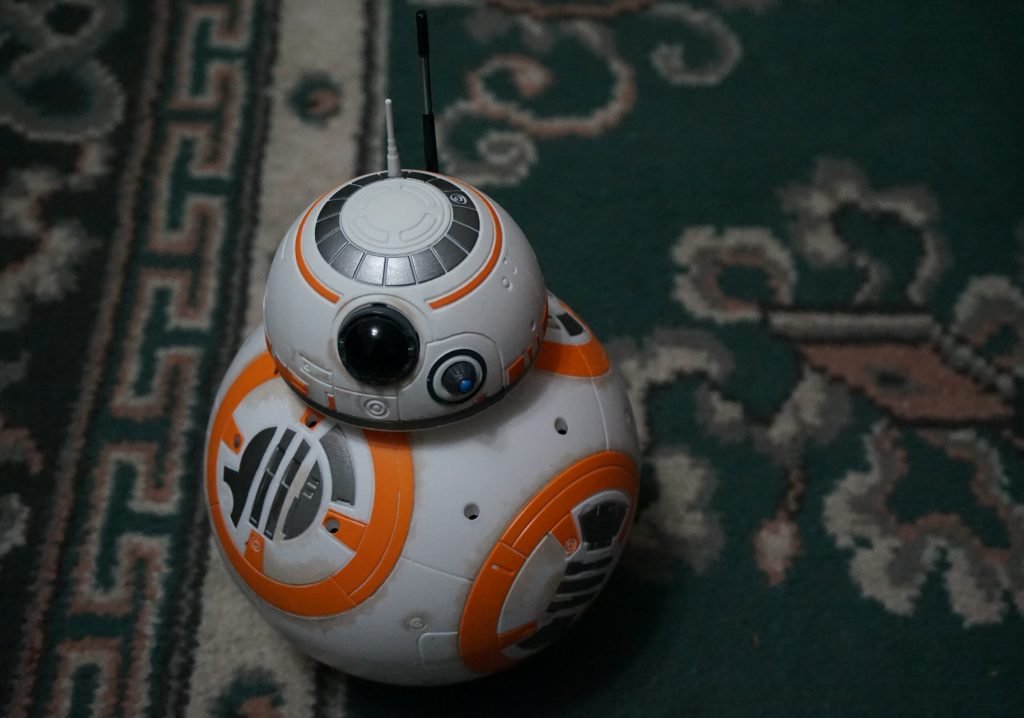 If that alone doesn’t win you over, he makes the cutest little beeps and bleeps, encouraging play with his expressiveness. If you leave him alone for a while, he seems to wonder why. If you are done playing with BB-8, because let’s be real, you will play with him too, just turn him upside down for a little bit to put him to sleep. When you’re ready to play again, give him a little shake!

Launch into action and adventure in the world of Star Wars! Discover the exciting stories of good versus evil in a galaxy of starships and vehicles. BB-8 is the spherical, loyal Astromech Droid of the Resistance pilot Poe Dameron. Picture new moments of adventure! This RC BB-8 figure rolls in any direction and makes expressive droid sounds as you lead him into adventure. 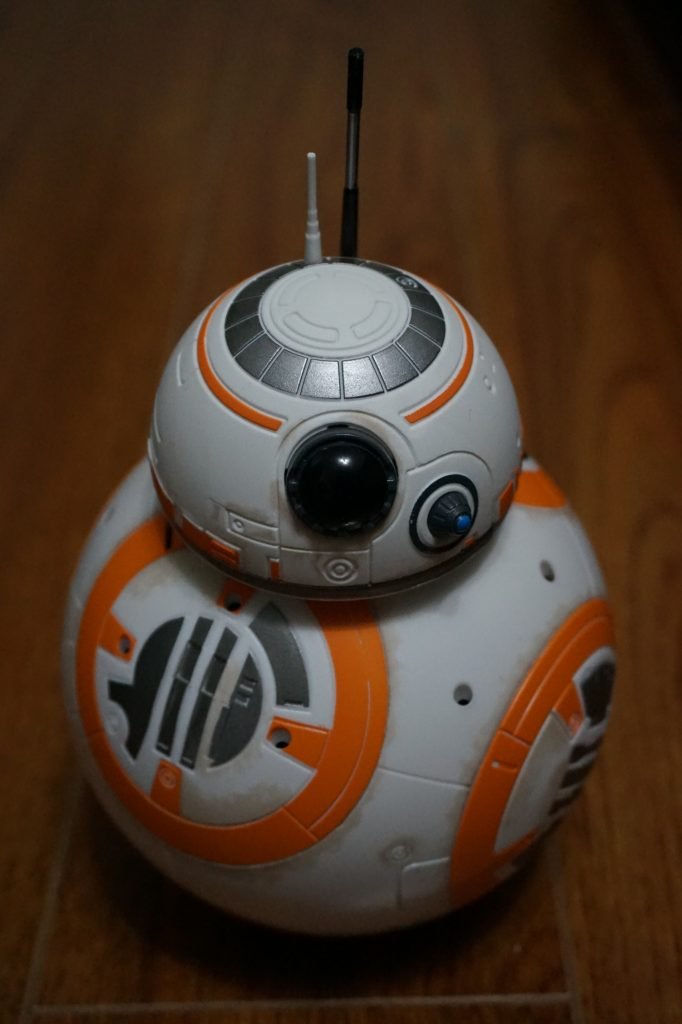 I know there’s another new droid on the block with the newest movie having been recently released, but I don’t think it can roll into our hearts quite like BB-8 did. For a remote control toy, the Star Wars The Force Awakens RC BB-8 feels very interactive; like a companion on adventures rather than just driving something around the house. It’s recommended for ages 5+, but honestly would have appeal to both Star Wars fans and RC toys, regardless of age. I know our entire family loves it! And c’mon, how stinkin’ cute is he?? 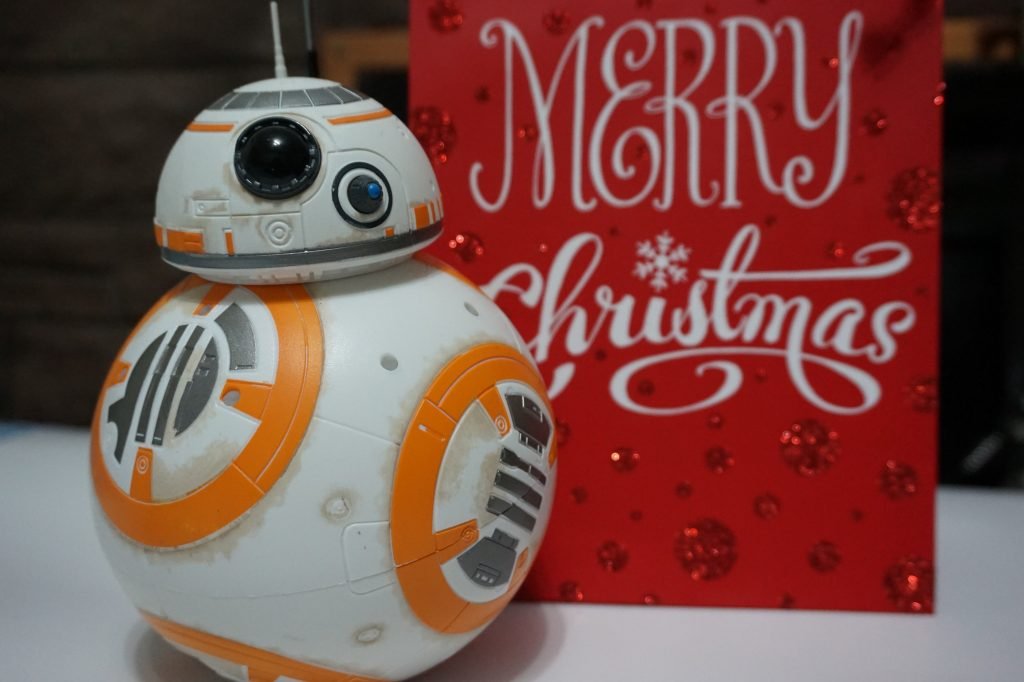 From BB-8 and all of us here at British Columbia Mom, we wish you all a very Merry Christmas! 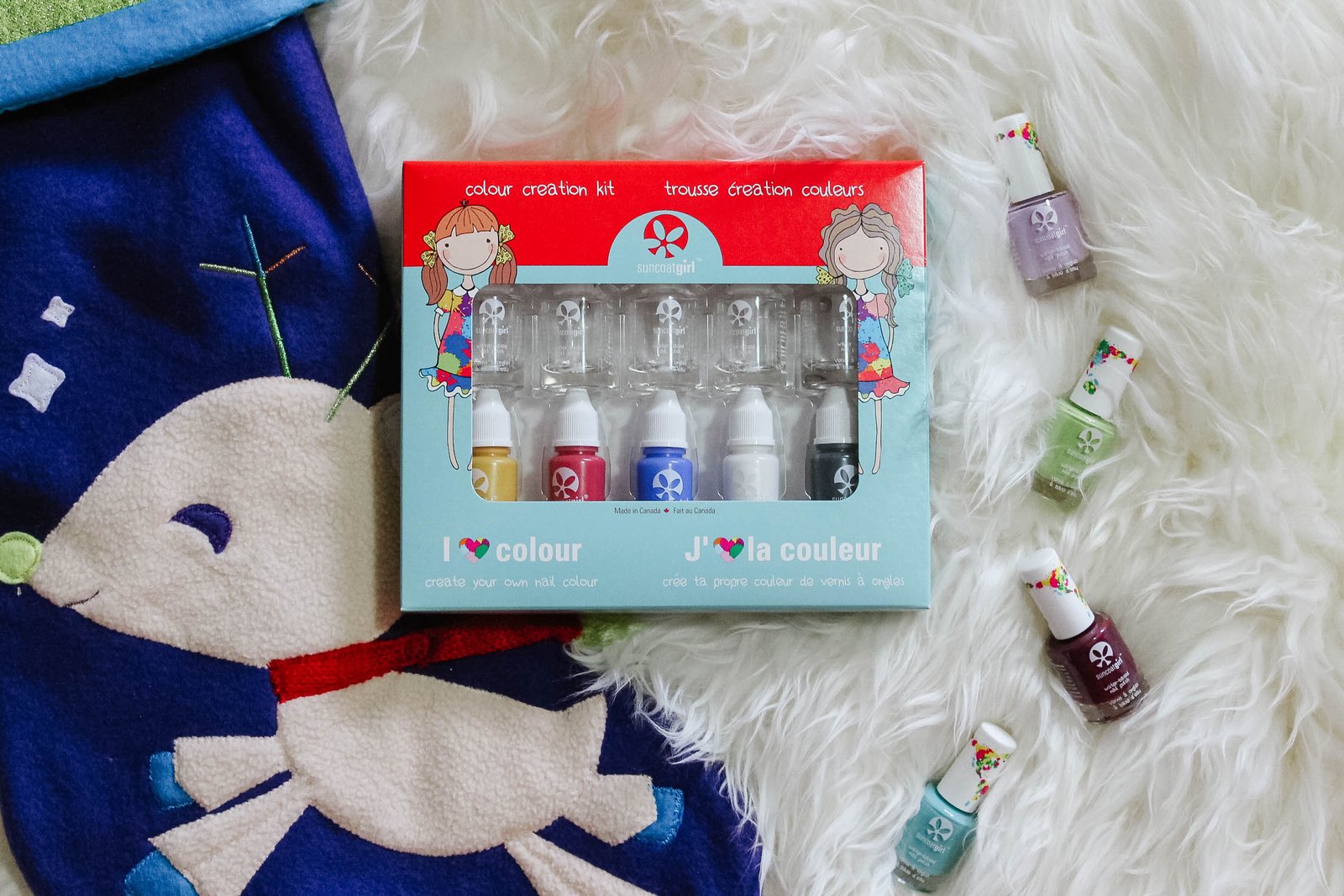 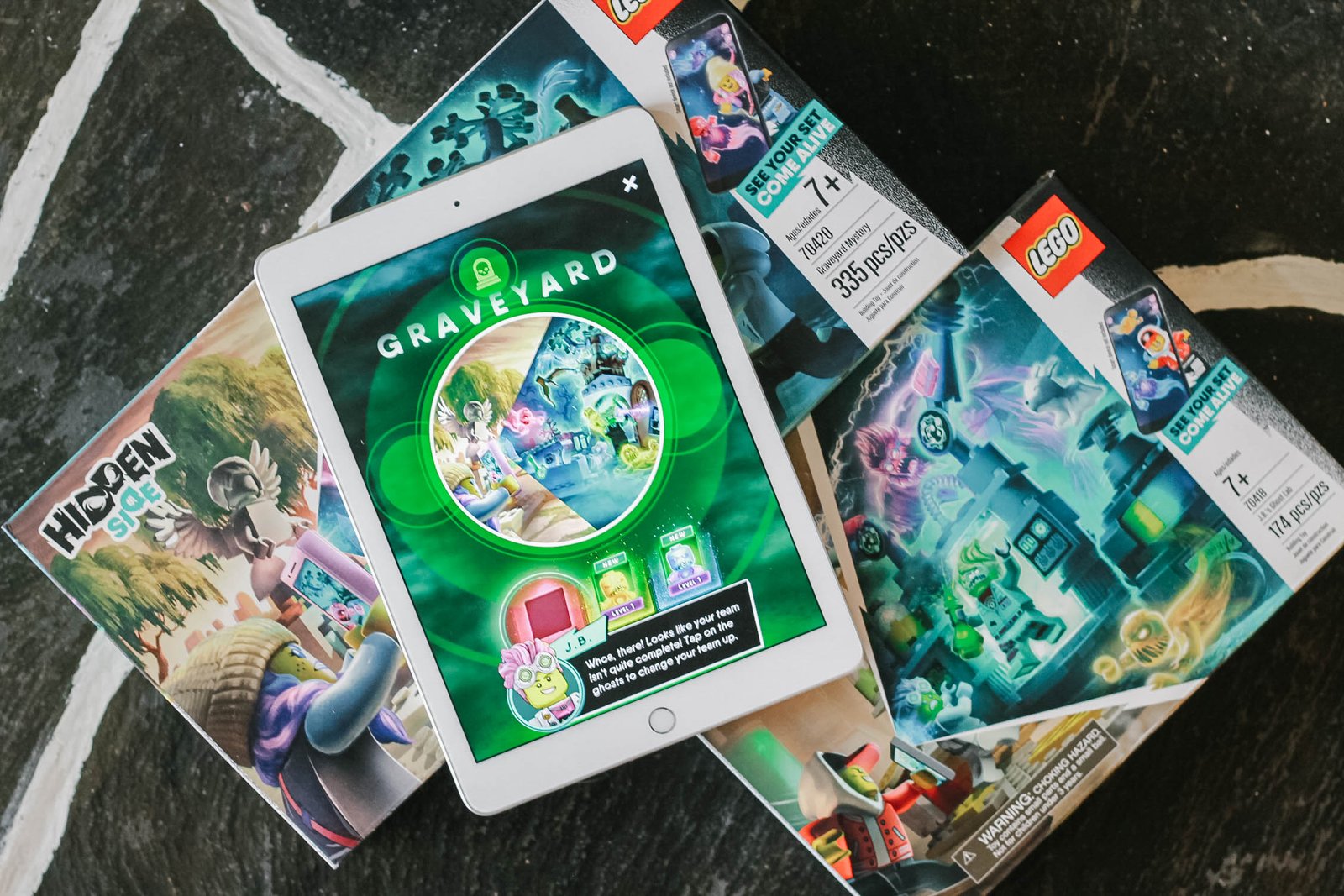 Take augmented reality to new levels with LEGO Hidden Side 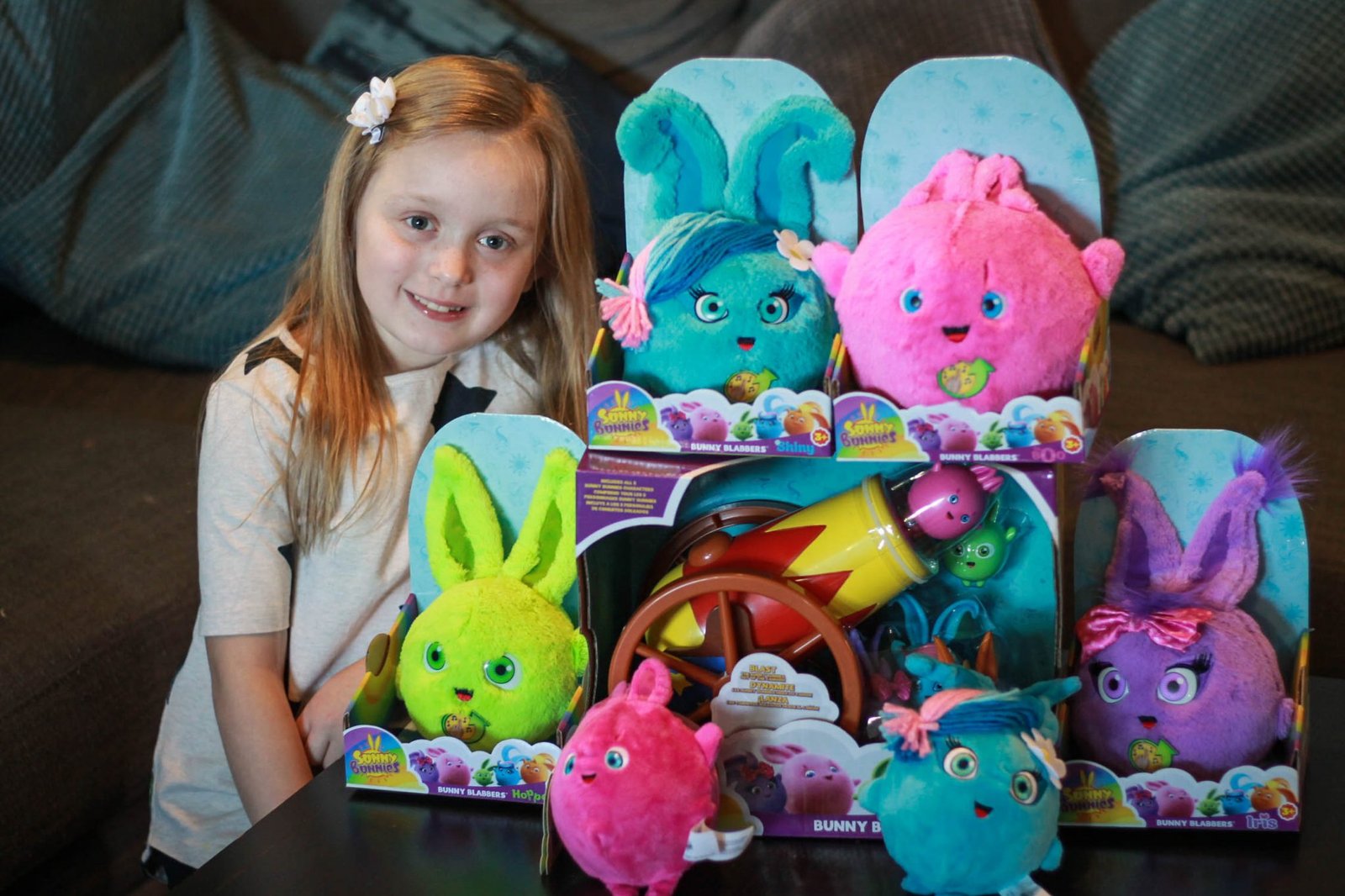