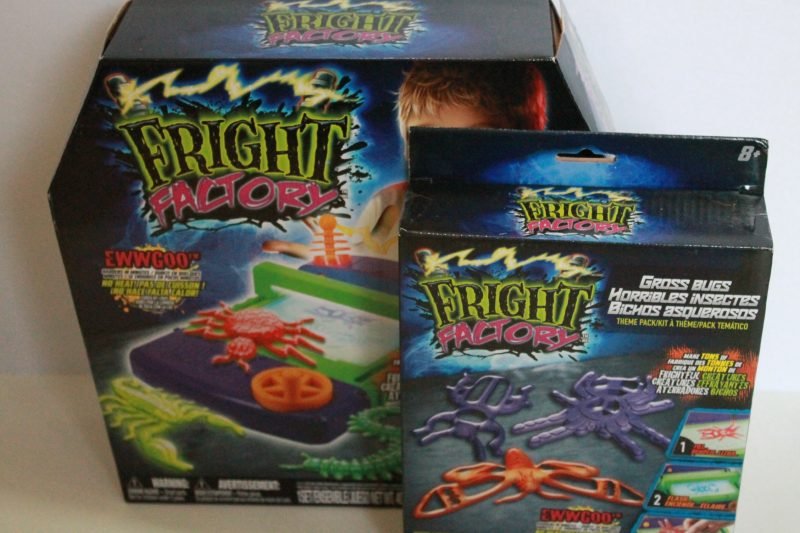 When it comes to creepy crawly things like spiders and centipedes, I can think of a million and one things I’d rather be around. It has taken me many years to be able to squish medium size bugs, never mind the catch and release method my kids insist on because “you have to be kind to nature”. However, when we got the chance to make various creepy creatures with Fright Factory Creature Creator, we were all pretty excited to check it out. With Halloween around the corner, the Creature Creator arrived at the perfect time for making some decorations, but it is absolutely something that can be enjoyed at any time of year! 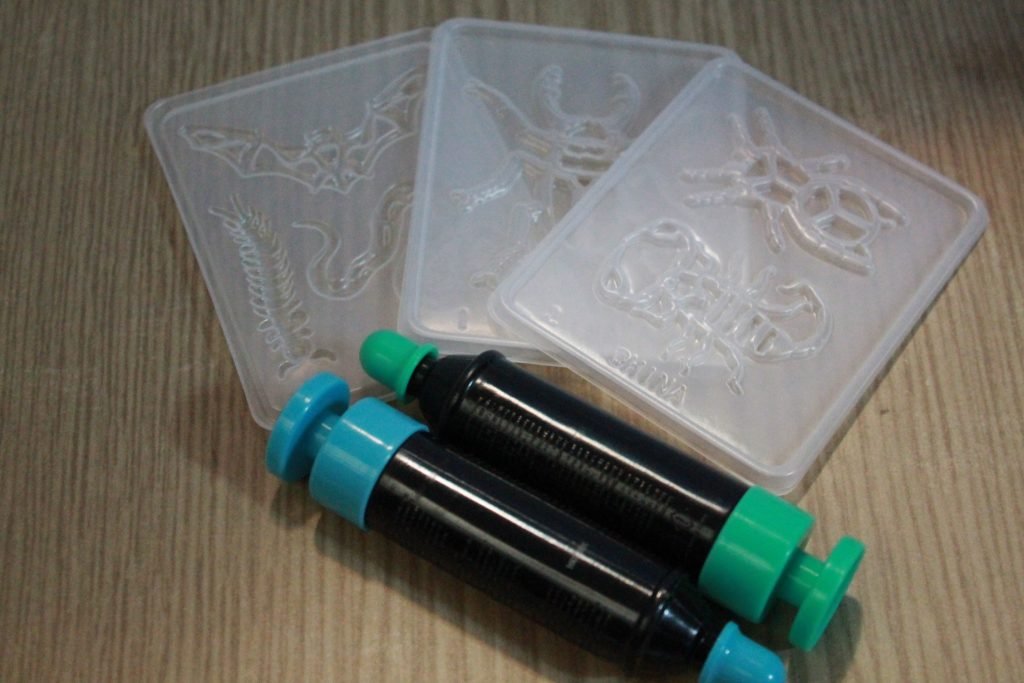 With several 3D molds to choose from, a couple tubes of colourful non-toxic EwwGoo and a Fright Factory Stage to cure your creations with ultraviolet light, this set has everything you need to make your own critters. 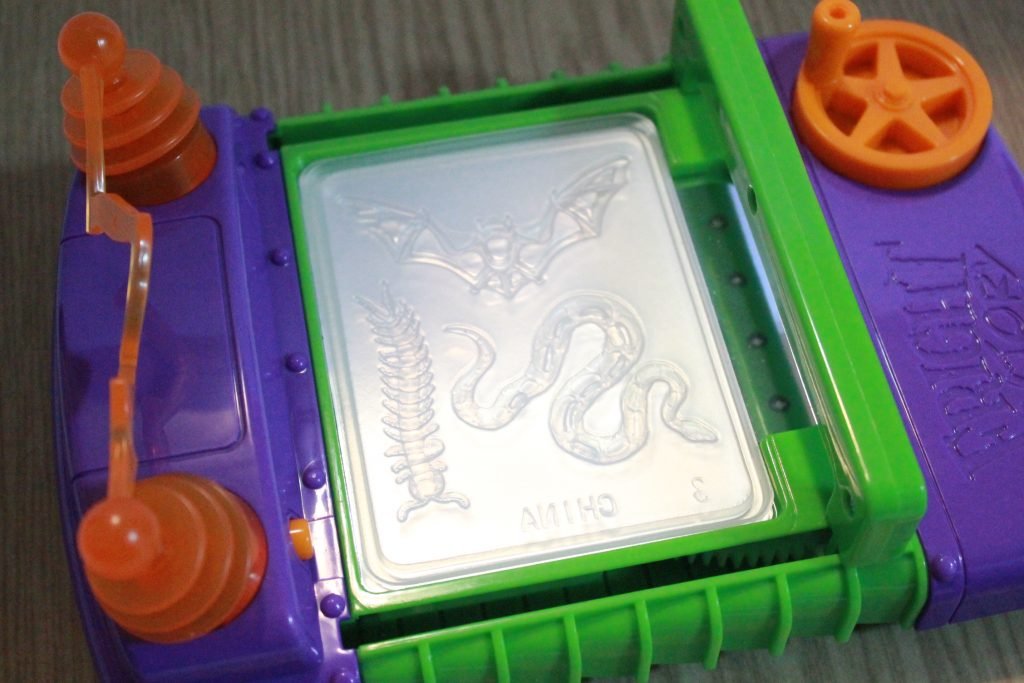 Both kids quickly chose their molds and began to inject the EwwGoo carefully (sorta) into their desired creations. Since the EwwGoo hardens when it cures, it’s recommended that you tidy up any overage with a cotton swab for best results. Don’t use your hands…the goo is a little difficult to remove. 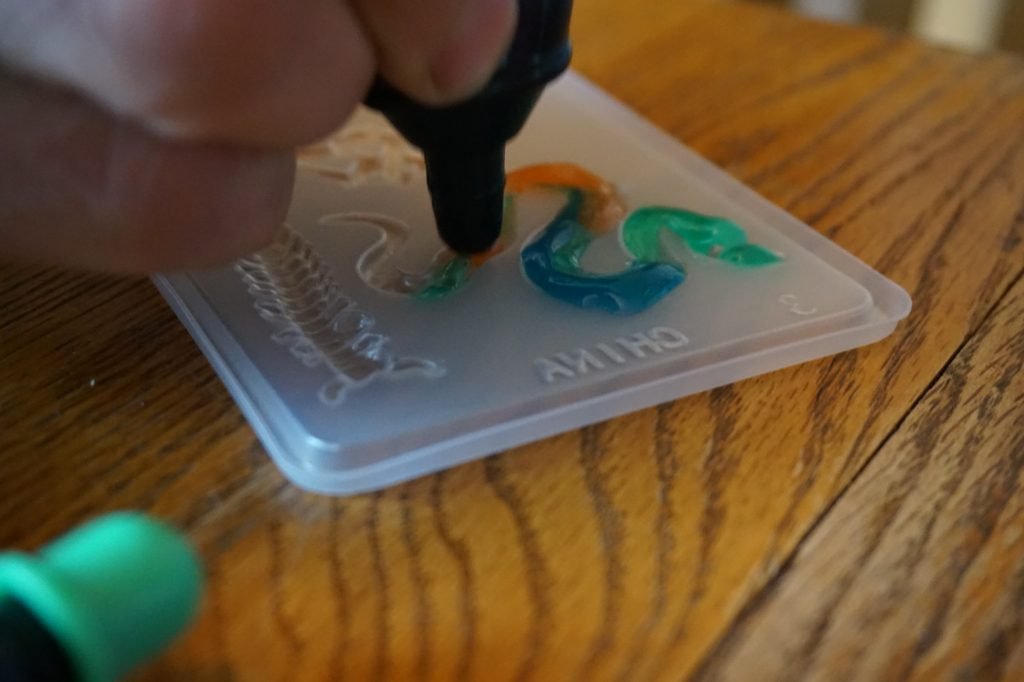 When you’ve finished, simply place your template on the stage, turn it on and slowly turn the crank and let the UV light do it’s thing! The stage is powered by AA batteries (not included) and since the curing process uses light instead of heat, it is perfectly safe for the kids do do themselves, and feel a little like Dr. Frankenstein as the lightning bolt flashes and your creatures go from gooey to solid. 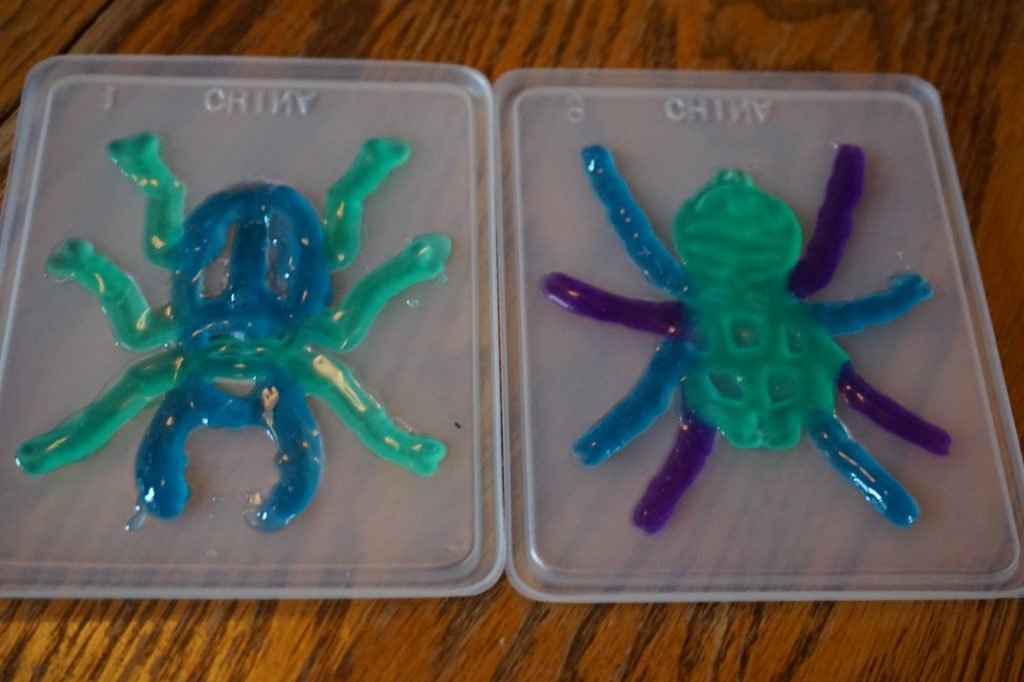 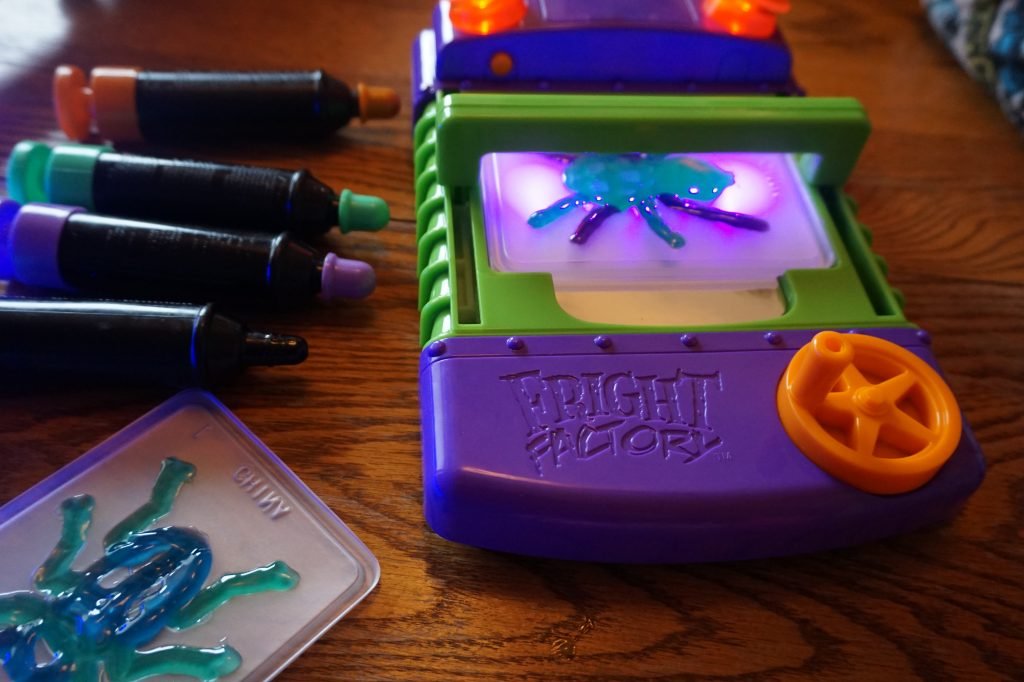 The curing process does take a few minutes, and rather than continually turn the crank we let the light sit for a minute at each spot before moving it again, and testing periodically with a gentle touch. Once the top of the molds were hardened, we carefully freed each creature and then placed them back on the stage to harden the creature tops as they were still a bit sticky. 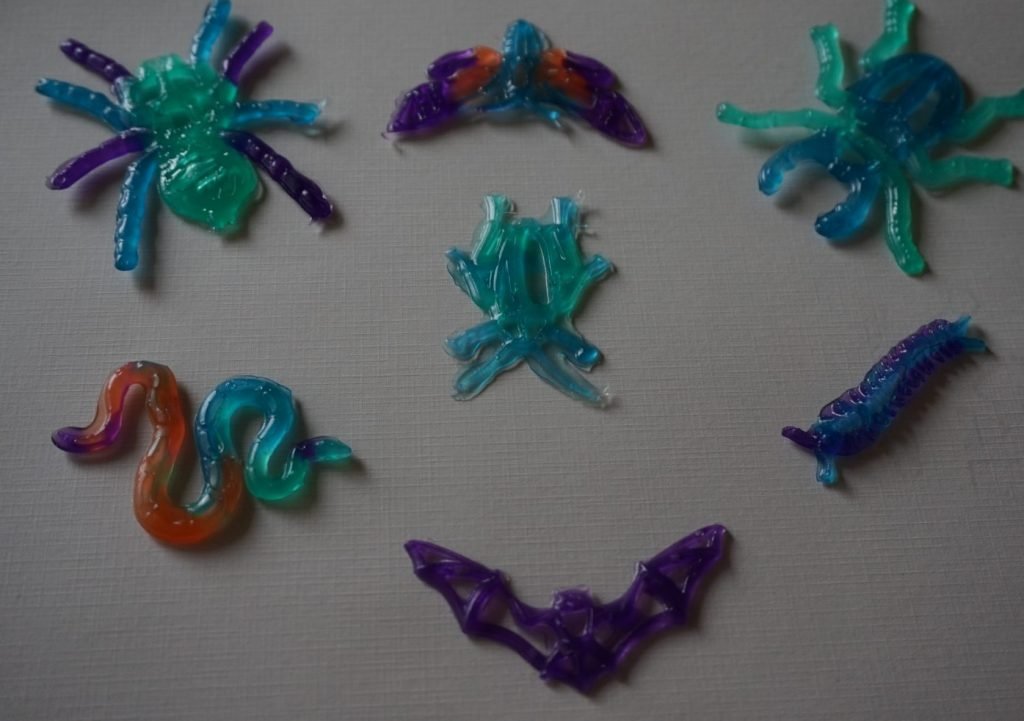 The whole process was kind of magical (yay science!) for B and he immediately welcomed his creations into the fold, introducing them to his imagination play.

I love that this ‘craft’ results in something he will actually play with once finished. And throughout the whole process, he was full of questions about the creatures he was making, 3D printing and different types of light, so it actually became quite an educational experience as well, and you can never go wrong with that. And when the goo runs out, there are refill packages available that come in different colours and extra molds. The Fright Factory Creature Creator is recommended for ages 6+ and has a suggested retail price of $24.99.

Fright Factory is one of the many cool products offered by Tech 4 Kids, and they want one of you awesome readers to get your fright on too! Enter below for your chance to win a Fright Factory set to try out making some creepy crawly creatures of your own.