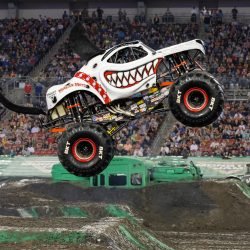 This. Is. MONSTER JAM!  All I have to say is MONSTER JAM to any of the kids (big and small, looking at you hubby!) around us and immediately, their ears perk up. They remember the sounds echoing off the walls, the shaking from feet stomping, the dirt flying through the air and the smell of some of the biggest trucks ever to grace the Pacific Coliseum stage. Monster Jam is 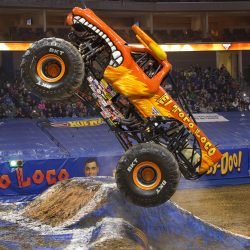 It’s one of our favourite times of year around here! When I was little, I always looked forward to the Monster Trucks – back then they seemed to be big and bad and full of excitement and my mom always made sure we had amazing seats! There’s nothing quite like the excitement in the arena, the smells and of course, all the trucks! Now that A is a bit older, 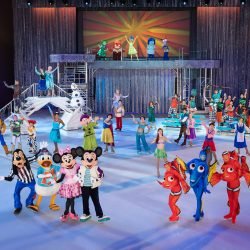 Disney On Ice is skating back into Vancouver hearts this November with many beloved characters both old and new in Disney On Ice presents Follow Your Heart. Our whole family has a huge love for Disney films, and Disney on Ice has quickly become a tradition for us to attend! Follow Your Heart promises to be full of love, friendship, and family, as well as some characters we have never 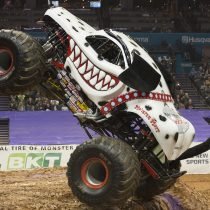 VROOOOOOM!  Get ready for the biggest, baddest Monster Jam YET! The infamous 2,000 horsepower engines are revving up again and ready to roar full throttle back into Vancouver as the Monster Jam® Triple Threat Series™ presented by AMSOIL, the most adrenaline charged motorsports experience for families on the planet, comes to the Pacific Coliseum with an exciting new competitive points-paying endurance showdown unlike any other Monster Jam event ever experienced 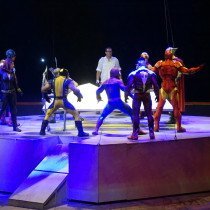 And marvelous would be an understatement. The show was epic, the stunts spectacular, and a well thought out story line that had the arena cheering after the defeat of each successive pack of villains. But first, to whet our appetite for all things Marvel, we attended the kick-off costume party the week before where we met fans of all ages and allegiances. With a selfie station, a costume contest and 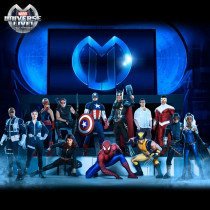 More than 25 Marvel Icons are set to come to life in an epic battle to save the universe! Watch as your favourite heroes and villains perform death-defying feats and stunts like you have never seen before in this action-packed arena extravaganza which makes its debut here in BC! Starting the tour in Victoria, BC on June 11th, Marvel Universe LIVE! will unleash the awesome with cutting-edge special effects, aerial

Summer is finally here, and in our house that mean