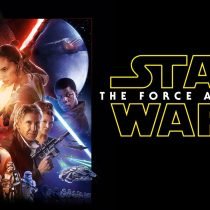 If you’re a Star Wars fan, you’ve probably seen the Force Awakens at least once – or in my case you might have been dragged along by a significant other to see it a grand total of FOUR times (once in 3D) in the theatre. Fact is, movie prices aren’t cheap and as much as we wanted to keep seeing it on the big screen we conceded to waiting until