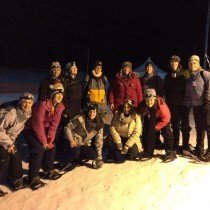 I grew up in Northern Ontario where snow was an everyday thing between roughly October and May, where snowmobiles were a main form of transportation for many during those months, and where sledding was an after school activity. One of the reasons I moved to BC’s south coast was it’s much milder climate and its lack of snow. I figured I had my fill, and should I have an itch

🧽 SCRUB SCRUB 🧽 Enter for the chance to take

So who else did the isolation purge? [ad] I went

Regardless of how you feel about the election resu

We've been die-hard fans of @flyovercanadavancouve

Why yes, I am the ridiculous friend with no shame

Meow. Have you met Popcorn Greycat and Professor

We use cookies to ensure that we give you the best experience on our website. By continuing to use this site, you consent to the use of cookies.OkRead more